Improving performance of LEDs is a continuous task for researchers. A team consisting of researchers of Imperial College London introduced a method of embedding tailored meta-grid of nanoparticles to LEDs to enhance their light output and lifetime. 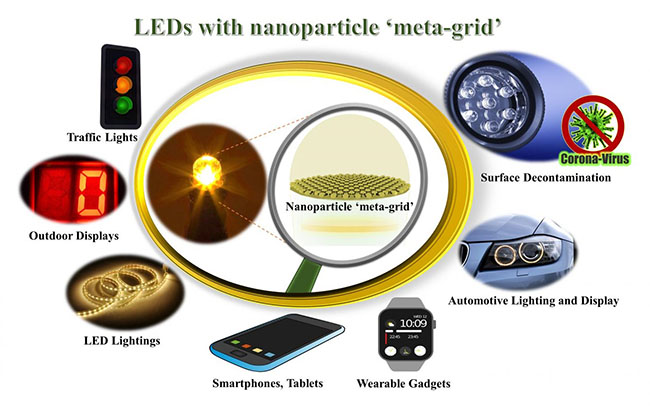 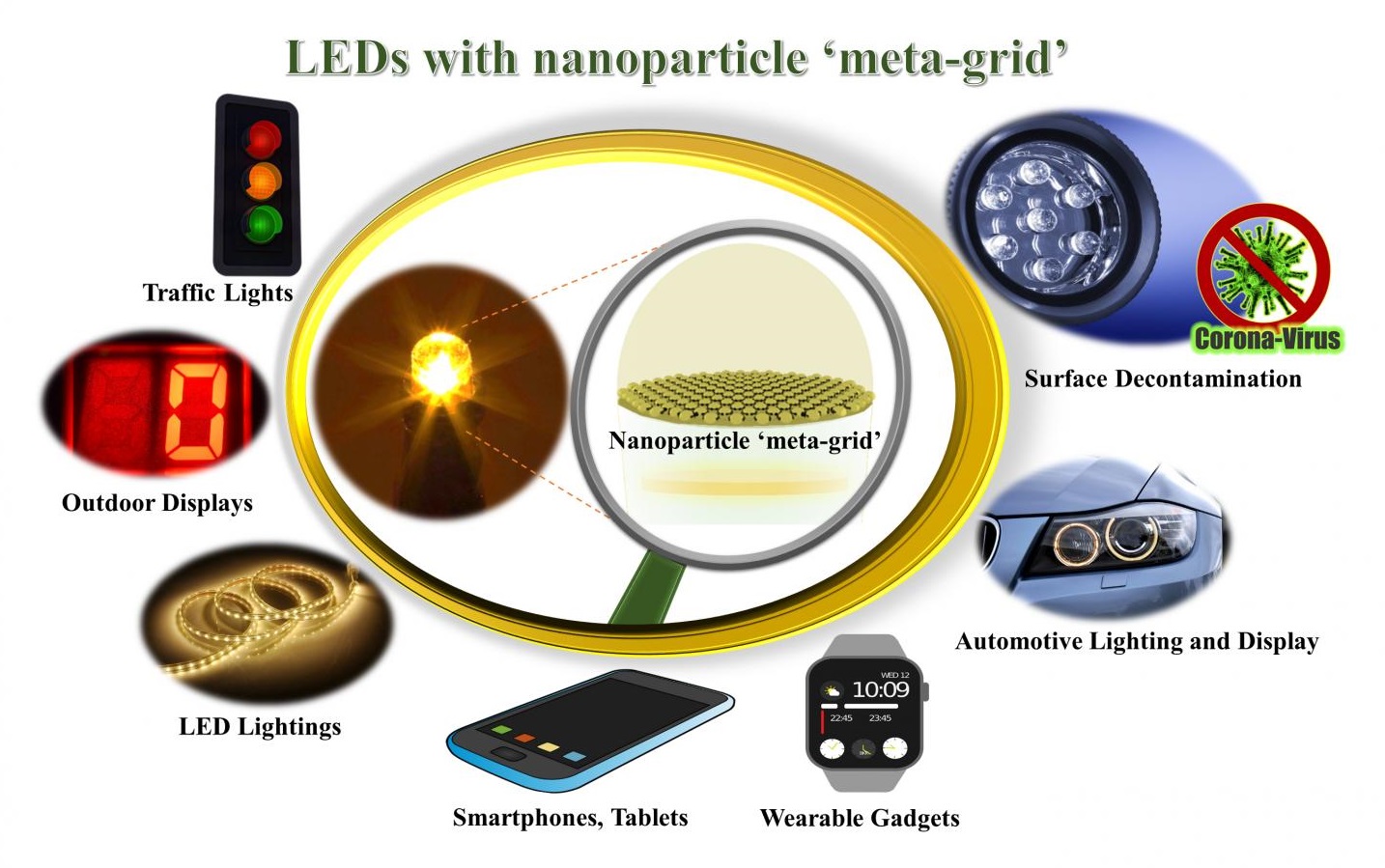 The method was published in Light Science & Application in July by Dr. Debabrata Sikdar, Prof. Sir John B. Pendry and Prof. Alexei Kornyshev from Imperial College London. They reported an alternative route for improving light extraction from LEDs. It proposes increasing transmission of the light generated inside the LED chip across the LED-chip/encapsulant interface by reducing the Fresnel reflection loss at the chip/encapsulant interface within a fixed photon escape cone, while prescribing minimal changes to the manufacturing process.

The analysis shows that transmission across a typical LED-chip/encapsulant interface at the peak emission wavelength can be boosted up to 99%, which is otherwise mere 84% at normal incidence. The scheme could provide improved transmission within the photon escape cone over the entire emission spectrum of an LED. This would benefit energy saving, in addition to increasing the lifetime of LEDs by reducing heating of the chip from unwanted reflections within the chip.

The scientists addressed that the scheme has the potential to be easily implemented and adopted into existing semiconductor-device technologies, and it can be used separately or in conjunction with other methods for mitigating the critical angle loss in LEDs.

Next: Looking at Red LED Light Helps to Improve Eyesight for Elderly