Controlling light pollution and reducing energy consumption by upgrading the street lights, airports, and other spaces with LED technology. 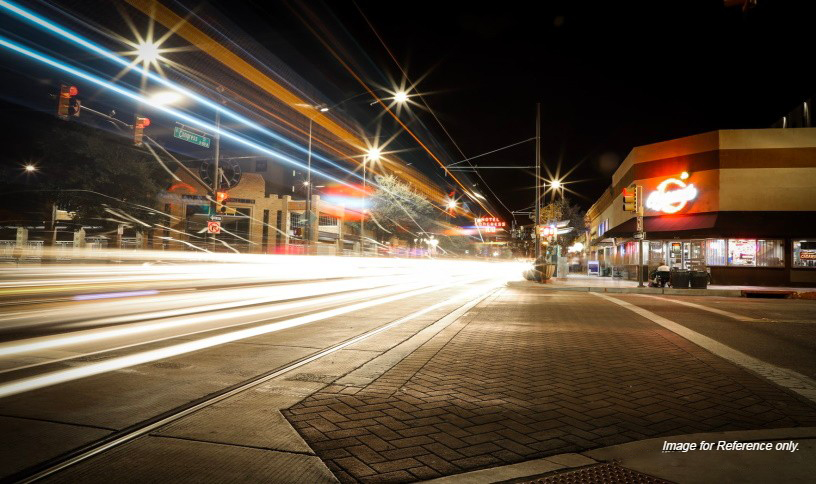 Washing away the starlight, causing interference in the astronomical results, affecting health, and disrupting the ecosystem are some of the concerning issues faced due to light pollution. However, LED light is the most eco-friendly lighting technology at present that can help in controlling the increase in the light pollution. As per a research conducted by GFZ German Research Centre for Geosciences,which was reported by LEDs Magazine, LED street lights have a lesser impact on the dark sky than the other lighting products. The involvement of International Dark-sky Association further made people, with varying perspectives, to agree on the results of the research.

The research team led by Dr. Kyba of GFZ chose Tucson, Arizona for its research as the city has recently upgraded almost all its street lights to LED technology. The city normally runs the outdoor lighting at 90% of its maximum capacity during the busy hours of the day and dims it to 60% after midnight. However, on a few chosen days, the researchers brightened the lights to its 100% in the evenings and dimmed them to 30% of their maximum capacity during nights.

The images of the city were captured via satellite imagery and later the data from both - the normal operational days and the specific research days - were collected and analyzed. It was concluded that only 20% of the light produced during the night in the Tucson city comes from street lights. Most of the light observed in the images captured by the US Suomi National Polar-orbiting Partnership (NPP) was a result of the brightly lit sports fields, shop-windows and other sources.

These other spaces where people are still using the traditional lighting methods are the major contributors of the light pollution. Not only that, during the festive seasons such as Christmas or New Year the whole country is decorated with all kinds of colourful lights which further worsens the situation.

However, the government bodies across the country are trying to spread the knowledge regarding the importance of using eco-friendly products such as LEDs to control light pollution. Even the 100-feet tall Christmas tree standing in the Rockefeller Centre in NY is lit with several strands of LED lights to mark the beginning of the festive season. Apart from this, several airports in the USA have also upgraded to the LED lighting technology. All in all, it’s about time that we realise that adopting eco-friendly methods such as using LED lights to brighten our commercial or industrial spaces not only allow us to reduce our energy consumption by a huge margin but can also help us in controlling the increasing light pollution.

Next: WHAT ARE HIGH BAY LED LIGHTS