As the COVID-19 pandemic continues to accelerate and cause damage to the global economy and consumers’ purchasing power, TrendForce has compiled its latest report on the statuses of key electronics component and downstream industries, with data last updated on March 26, 2020. The report provides a deep dive into the pandemic’s influences on several high-tech industries. 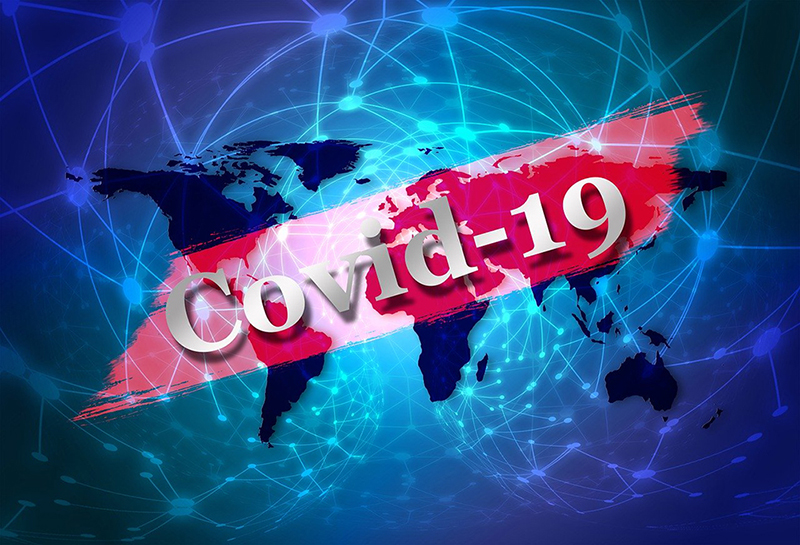 LED chip manufacturers did not stop operations across the board during the Lunar New Year; some personnel still remained at the factories, which manufactured small batches. Therefore, their work resumption has been relatively smooth. However, due to concerns about possible shortage of upstream raw materials, especially the sapphire substrate, manufacturers have raised their capacity utilization rate of LED epitaxy process in March to above 70%, so as to increase their inventory in response to the impact of price hikes. In contrast, the work resumption rate of LED chip segment has been relatively low, mainly because the current LED chip inventory level is high, and the demand from clients has not increased significantly. Currently, in addition to the slight increase in prices of a small number of low-end LED chips, the rest of the LED chip prices remain unchanged.

The LED packaging industry places a high demand on manpower. Although the Chinese government has issued a request for manufacturing sites to fully resume work, many people in the affected areas are currently unable to return to the factories. Even workers returning from areas unaffected by the pandemic need to be quarantined for a period of time before they may enter production lines, once these people have arrived at the factories. Thus, work resumption rate in March has been sitting at about 50-60%. However, due to the weak demand for end products, LED suppliers have enough inventory to supply market needs, with a few exceptions, which are applications requiring precise specifications.

In terms of the peripheral materials, sapphire substrate factories place a high demand on manpower, so they are also facing the issue of work resumption. Thus, the current supply of sapphire substrate is slightly tight. Because long-term sapphire substrate prices have been sluggish, many suppliers hope to take advantage of the tight supply by increasing prices. In terms of chemical gases and liquids, the biggest challenge facing LED manufacturers is the delivery of chemical materials needed for manufacturing. However, transportation problems have been gradually resolved, at the Chinese government’s strong insistence on work resumption.

Most clients of the global IC design companies placed orders ahead of time, with some of the orders having been fulfilled and shipped already. As such, IC design revenue is not expected to decrease by a considerable amount in 1Q20 despite being somewhat affected by the pandemic. The expanding pandemic has, however, lowered device manufacturers’ demand for IC design. More specifically, IC designers for smartphones and other consumer electronics have felt the greatest impact. These companies will potentially see the diminished demand reflected in their 2Q20 revenues. As well, the U.S. government has not changed its stance on the entity list policy. Against the twin hindrances of the pandemic and the entity list, the IC design industry is unlikely to return to a state of growth in 2020.

Wafer suppliers such as foundries and IDMs are able to maintain their manufacturing operations due to their high degree of industrial automation. In addition, their major expansion plans are projected to take place after making some strategic adjustments. But as the pandemic persists, regions such as Taiwan, South Korea, Europe, the U.S., and Japan are attempting to curb the spread by restricting border entry or adopting telework arrangements. These efforts, along with the health of the European, American, and Japanese supply chains of key equipment and raw materials, will be factors determining foundry operations in the future.

With regards to the demand side, foundries are able to maintain their capacity utilization rate by fulfilling orders from 4Q19 and by their clients’ restocking demands. In contrast with the IC design or OSAT industries, the foundry industry’s revenue in 1Q20 has felt less impact from the pandemic. But the rapid global spread of the pandemic is projected to affect not only the global economy, but also personal and corporate purchasing power, to be potentially reflected in foundry revenue performances from 2Q20 onwards.

The packaging and testing, or outsourced semiconductor assembly and test (OSAT), industry previously suffered major declines due to the China-U.S. trade war; the pandemic’s current effect on the industry thus appears relatively minor in comparison. TrendForce expects OSAT revenue in 1Q20 to trend either flat or upwards YoY, while the industry’s performance in 2Q20 and later will depend on client demand.

In terms of the COVID-19 pandemic’s effect on the production of large-size panels, the pandemic has hurt back-end module shipment far more than it did to that of highly-automated front-end manufacturing. With regards to the February shipment performance of TV panels, which are generally shipped in open cell format, the gap between the actual and forecasted shipments was only 9.8%. In comparison, monitor and notebook computer panels were usually shipped out in module formats. Also in February, the gaps between actual and forecasted shipments for monitors and notebook panels were as much as 25.5% and 29.9%, respectively. Thus, the COVID-19 pandemic has diminished the shipment of IT panels far more than it did to that of TV panels. As the pandemic has seemingly slowed down in China, panel supply has seen a gradual ramp-up. Actual panel supply is projected to reach above 85% of previously planned levels in March and exceed 90% in April.

In terms of yearly shipment, as TV panel prices steadily rebound, manufacturers will become more and more willing to produce TV panels in 2020. However, Korean panel manufacturers are continuing to reduce their production capacities. Thus, TV panel shipment in 2020 is expected to decline by 4% YoY. As IT panel supply gradually recovers, the industry’s supply chain (including OEMs) in 2Q20 and 3Q20 is expected to aggressively make up for the shipment gap caused by the COVID-19 pandemic in 1Q20. In 2020, monitor panel shipment and notebook panel shipment are each projected to grow by 3.4% and 0.4% YoY, respectively.

1. TV
The COVID-19 pandemic damaged the TV industry starting from the Chinese market. China began to put cities under lockdown, disallowed some stores to open, postponed work resumption schedules, and limited transportation by land, air, and water from February. These measurements reduced TV set demand in China, and indirectly caused labor and material shortages in the TV supply chain in China. Although the pandemic has seen signs of gradual containment in China in March, its spread is accelerating in Europe and the U.S. Outside of China, more cities or countries are steadily put under lockdown. In addition, the stock market crash in many countries have taken a heavy toll on the financial markets while impairing consumer confidence.
The TV industry currently faces pressure on both the production side and demand side. TrendForce has reduced its projection of global TV shipment for 1Q20 to 44.6 million units, down by 8.6% from the pre-COVID-19 prediction of 48.8 million units. A similar drop is expected in 2Q20, from the pre-pandemic forecast of 47.6 million units to 44.1 million units, a 7.3% decrease.

Moreover, both UEFA EURO 2020 and 2020 Tokyo Olympic Games have been postponed to 2021, in turn further weakening the demand for TVs. TrendForce has therefore lowered 2020 TV shipment forecast to 205.2 million units, a 5.8% decrease YoY. This figure is also 6.7% lower than TrendForce’s pre-pandemic forecast. With the possibility of the pandemic escalating in North America and emerging Asian regions, TrendForce may decrease the TV shipment forecast even further in the future.

2. Notebook Computers
Due to the pandemic, the top six notebook OEMs, most of which are based in China, suffered damages to their production capacity in February. Hence, TrendForce has decreased its projected 1Q20 notebook shipment from the pre-pandemic level of 35 million units to 27.9 million units, down by 20.3%. After China saw a stabilization in the spread of the pandemic, OEMs aggressively pursued labor and materials, while ramping up their capacity utilization rate to 70% within one month. Meanwhile, upstream material manufacturers are expected to return to normal supply levels before May.

Although demand stemming from educational-use ChromeBook bids and work-from-home commercial notebooks surfaced in late-March, the pandemic began to accelerate in March in Europe and the U.S., markets accounting for more than 50% of notebook sales. The pandemic's blow to consumer confidence is unlikely to be erased in the short-term. Not only is demand sluggish in the short term, the weakened willingness to purchase may persist well into the Thanksgiving and Christmas holidays in 2H20. Considering the uncertainty of future demand, TrendForce has reduced its 2020 notebook shipment forecast from pre-pandemic levels of 162.4 million units to 156.7 million units, down by 3.5%.

3. Smartphones
With the global economy being battered by the coronavirus pandemic, the overall demand for consumer electronics is expected to decline sharply as well. Currently, the impact of the pandemic on the smartphone market is mainly on the demand side. Consumers worldwide will most likely defer purchasing new smartphones this year, thereby lengthening the device replacement cycle and pushing down the overall ASP. Furthermore, rising costs across the supply chain (such as labor cost, cost in connection to a change in the exchange rate, etc.) will weaken the profitability of smartphone brands. Dramatic shifts in performances among brands could also lead to a reshuffling of the industry in terms of market share. Considering that the scale of the pandemic continues to grow, the forecast of this year’s smartphone production has again been revised. The total worldwide smartphone production volume in 2020 is now projected to reach 1.29 billion units, a drop of 7.8% from 2019. The downward correction is attributed to the recession that follows the pandemic as well as the downgrade in shipments (sell-ins) in Europe and North America, which are now the most hard-hit regions of the world.

The current financial crisis that accompanies the pandemic has produced a lot of uncertainties and could surpass the Financial Crisis of 2007-2008 in scale. Hence, the general economic outlook for 2H20 could become even gloomier as the pandemic is not expected to be brought under control in the short term. TrendForce is not discounting the possibility of further contractions in smartphone demand.

4. Automobiles
The pandemic has now caused further damages to the auto industry. Previously, it primarily affected non-China markets by causing material shortages. Case in point, several factories in South Korea, Japan, and Europe halted operations due to a lack of materials. More recently, the pandemic has rapidly spread throughout Europe and North America after work resumption gradually took place in China. The rapid spread of the pandemic has brought about a corresponding spread of material shortages – along with plant shutdowns and similar large-scale impacts – for automobile suppliers globally.
As Italy and Spain went into lockdown, other European countries and the U.S. have begun to follow suit, with many auto manufacturers closing factory operations in Europe and North America starting from March 16. Most of these shutdowns are one to two weeks long, during which manufacturers will decide on future developments.
Owing to the pandemic’s impact and the recent stock market crash triggered by the Russia-Saudi Arabia oil price war, characteristics peculiar to the automobile industry, namely the need for customers to make purchase in person and the high retail price of automobiles, are expected to result in deferred or even eliminated market demand. As such, global auto sales in 1Q20 are expected to decline by 24% YoY. Because many countries other than China are still experiencing peak pandemic activity, their auto markets will likely face considerable impact from the pandemic as well, in turn deferring most of the market demand to 2H20.

Next: Affected by Coronavirus, Signify to Increase Price on Its LED and Lamp Products